Validating dependencies in your project with depcheck package

This will be a quick post! Today I'll be sharing how to validate if your project dependency has beem used in your repository. This is a common issue as your project scales and you need to make sure you're not using, installing or even downloading unnecessary dependencies in your local environment, in your CI/CD pipelines or even deploying these packages in your production environment.

Creating a project to simulate the problem

To create our project inside a folder called my-project. Inside this folder, we can run a command npm init -y. This command will start a NPM project to be used as an example.

The package.json file generated initially for this project won't have any dependencies, neither dev dependencies. As a next step, we'll install a new dev dependency, a NPM package called perf-marks by using the command npm install perf-marks --save-dev.

When the command finishes, you might see a new field called devDependencies in your package.json.

Now if you run the command npx depcheck you might see a message like that, listing perf-marks as an unused dependency.

Ignoring a dependency in depcheck

In case you want to ignore a specific dependency for some reason, you can do it too! Just need to create a file called .depcheckrc at the root of your repository.

In this file, you can add perf-marks as a package to be ignored by depcheck validation.

So, in the next time you run npx depcheck command, the call should not return any error message.

Also, this is a video I recorded showing how to use depcheck package in your project. Enjoy 🤘🤘🤘 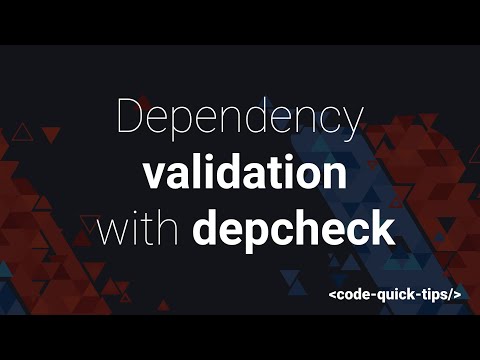 That’s all for now

I hope you enjoyed this reading as much as I enjoyed writing it. Thank you so much for reading until the end and see you soon!